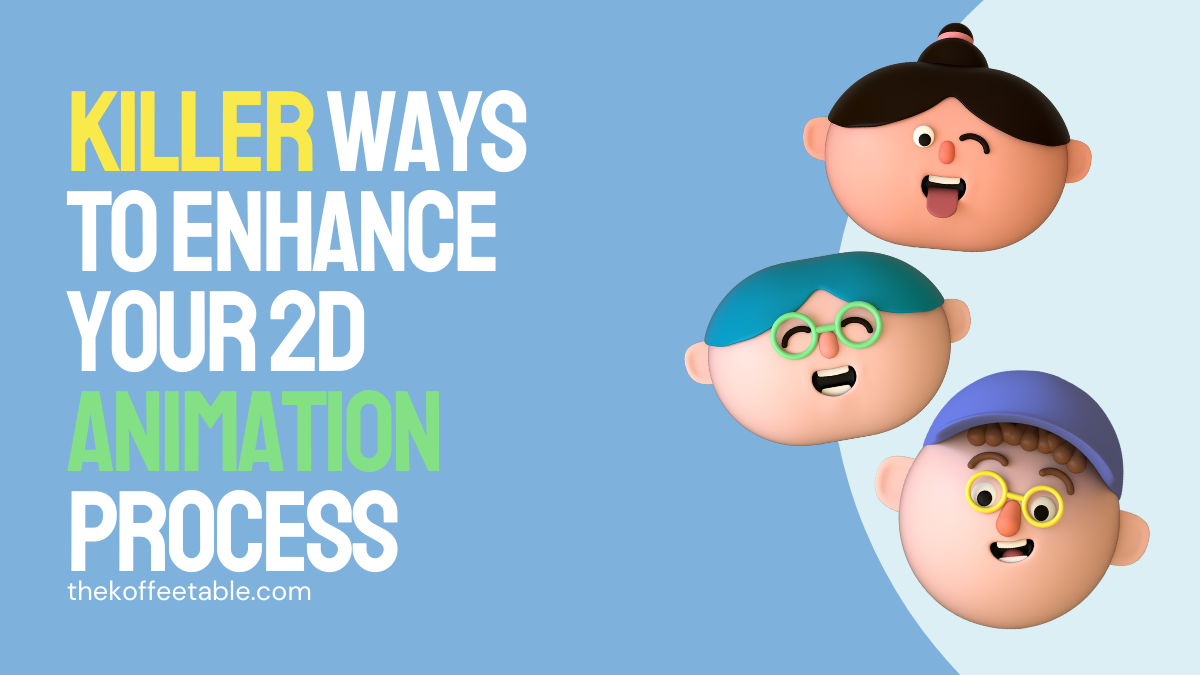 In this day and age, people are more inclined to consume quickly-created videos as opposed to articles.  A video is a powerful marketing tool. It can be used as a lead generation tool, as a way to share information, as a video resume, and more.

One of the best ways to promote yourself or your business is with animated videos.

The truth is that you don’t need to spend a lot of money on a high-end animation studio anymore.

You can now create your own animated videos using animation software and an animator’s toolkit.

In this article, we will have a look at the best 2D animated videos ever made and why you should use an animator’s toolkit

After reading this text, you should have a better understanding of the potential of animator’s toolkits and why they are worth it.

1. 2D Animation Software - What It Is and How It Works?

2D animation software is a type of 3D animation that can create animated cartoons in two dimensions with limited colors. It is also sometimes referred to as “hand-drawn” or “traditional” animation because it uses hand-drawn illustrations or cell art placed over static backgrounds, which are then filled with a succession of frames over time.

It is a fast and cost-effective way to create visuals that can be used in a number of different places. For example, they are a great resource for creating presentation materials, information videos and more.

The best 2D animation software will enable you to animate your work in a variety of ways – from simple animations to more complex ones with multiple frames per second.

2. Why 2D Animation Is the Best Way to Reach Your Audiences?

The evolution of animated films has started with traditional hand-drawn Disney classics like Snow White, Fantasia and Dumbo. From there, they have evolved into more complex TV series like Gumball and Adventure Time, which are now dominating television screens around the world. 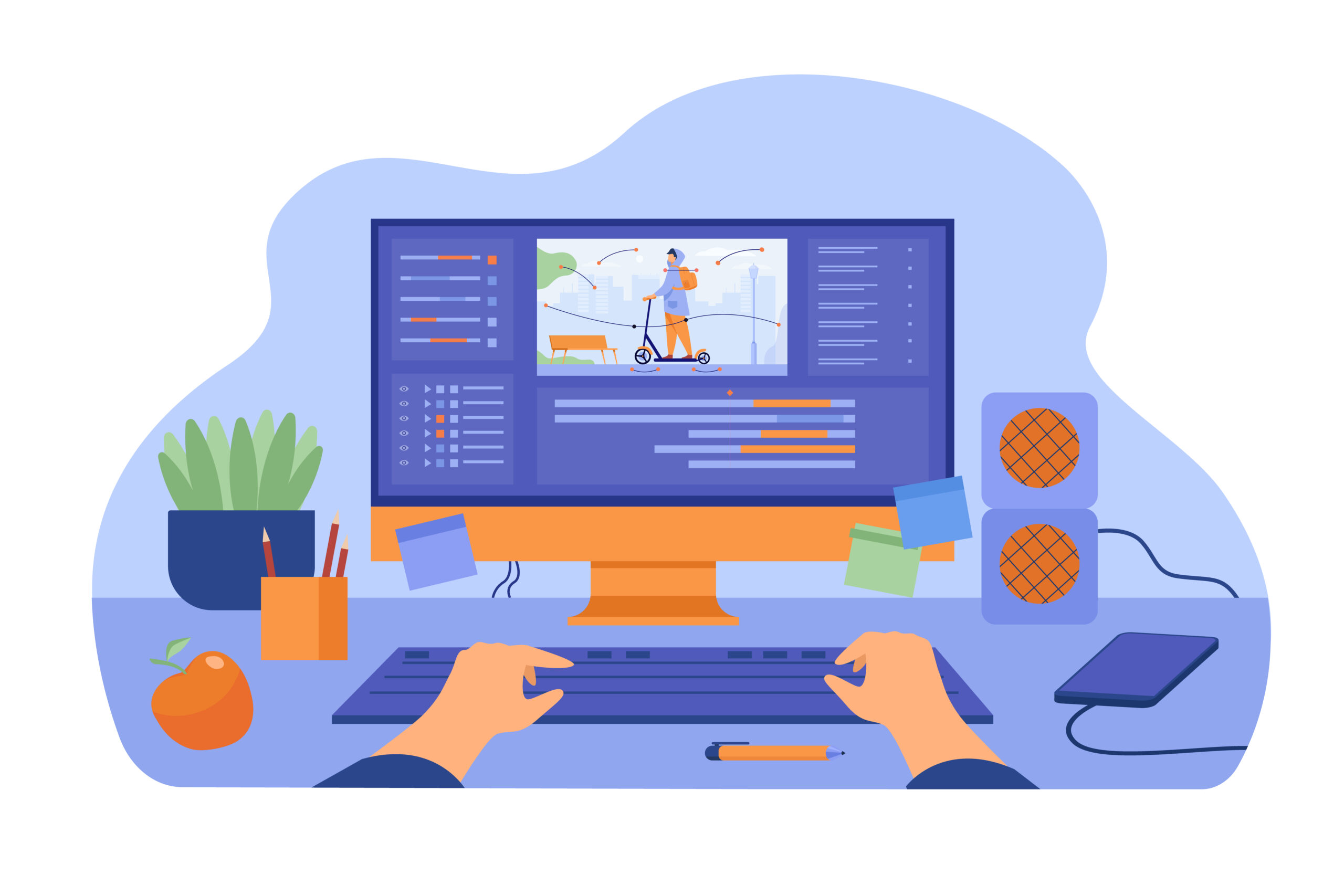 3. The Different Types of 2D Animation Software and How to Choose the Right One for You?

There are many types of 2d animation software for beginners or professional animators in the market, so choosing the right one can be difficult. These include Animations (Flash), Anime Studio, Crazytalk, Adobe After Effects, Toon Boom, TVPaint, and Live2D. These programs are used to create animations and motion graphics that can be seen on any popular media outlet such as the web, TV, and film.

The type of software you choose should depend on the type of animation you are working with, your skillset, and what you are trying to achieve.

Here is the list of the best 2D animation software for free or paid that you can start now.

Anime Studio is an animation program designed to suit the needs of animators who want to produce hand-drawn animations that follow anime-style conventions. It is a good alternative for people who do not have the time or skills to learn 3D animation programs. It also has a variety of features such as a backup feature, rich text formatting, and many more.

The Adobe Flash animation platform has been used for years by animators and designers looking to create quick and easy graphics and animations. Flash is the ultimate tool for creating animations for social media platforms like Instagram or Facebook that need to be engaging without being too distracting.

Clip Studio Paint, the new Japanese-made tool from Moho, is a good program for professionals who are currently experienced with Photoshop and Illustrator. The program includes everything you need to start creating your own artwork from scratch, but it can be a bit overwhelming if you’re not used to using programs of that caliber.

Adobe Animate CC is a vector-based animation and interactive content creation tool, which is used by both designers and non-designers alike. It has been designed to give people with no programming knowledge the opportunity to create their own content that can be exported as HTML5, SWF, or FLA files and deployed on various platforms.

Apple Motion 5 is a great app for anyone interested in creating their own videos,2D,3D animation, or video editing for visual effects. It provides a user-friendly interface and has many features that make editing videos less of a hassle, and it is a free 2d animation software for Mac users.

In the past, video editing was reserved for those with extensive video editing knowledge, meaning that it was often expensive and time-consuming. However, with the invention of the Apple Motion 5, video editing is now more accessible than ever before. It is very easy to use and cheap to purchase, which means you can create your own professional-looking videos without any prior training or experience.

Pencil2d is an open-source and free 2D animation software. It is designed for creating hand-drawn animation sequences and can be used to create animations.  It’s built around the idea of being interactive enough to allow you to draw your frames of animation directly in the app. Pencil2d is designed to work with the Pencil Tool which allows you to draw on your screen as though drawing with a pencil on paper and then export them as GIFs, AVI files or stop motion.

It does not have some features like onion skinning that Krita or other more expensive software might have, but it has its own advantages. Pencil2d animation is easy to use, fast, and has a small installation size.

Pencil2d is a free, open-source 2D animation software that was created for helping people to create animations for hand-drawn work.

An example of how blender animation can be used in marketing is when emphasizing the ingredients that go into a product on an infomercial or TV ad.

It uses SVG as its native format, and it produces frameless, resolution-independent vector graphics with support for transparency and anti-aliasing. Synfig Studio is compatible with Linux, macOS, and Windows. The latest version was released and includes a revamped interface to facilitate better artist workflow, support for video input frame rates up to 60 frames per second (fps), the ability to use the alpha channel in layer masks, improvements in SVG import/export, and the addition of new properties like stroke width and fill opacity.

4. What are the three use case of 2D animation software for visual media?

A 2D animation is a popular form of animation that is usually used in television shows, video games, and movies. There is three major use cases of 2D animation:

1. Animations can be created quickly by animators who may not have the expertise to create 3D animations.

2. Animated presentations help a viewer’s imagination run wild, which helps them get a better understanding of a product or service.

3. Animated videos are extremely cost-effective and can be made in minutes with little work needed for post-production editing.

5. Choosing the Right Software Depends on 6 Factors That Matter Most to You

Choosing the right vector animation software can be difficult sometimes, but there are six factors to take into consideration before making your decision. These are:

We have seen all the benefits and drawbacks of different 2d animation apps, and we should be aware of them before we decide which one to use. We can choose a 2d animation software that has the best features for us, and we only need to do a little research first.

Furthermore, we hope you find this article useful and clear about that how to decide which 2d animation software is the right choice for you, as well as advice on what to look out for when choosing one.